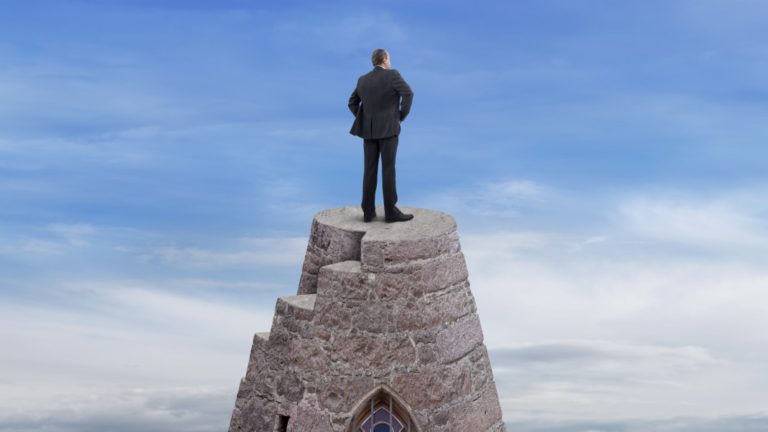 Disclaimer by Jazweeh the Seer.

Keep in mind, I could be wrong.  That is my disclaimer for everything I write pertaining to things I perceive as a seer.  Plus this disclaimer gives the reader a way out of hard Truth.

I was lead to call my website “Jazweeh.com”.  I later realized that the word Jazweeh means “God”.  The J is silent in Hebrew pronunciation.  Yazweh.  Perhaps its a stretch.  I am no linguist.

The Tower of Babel The Prophecy

Here is where I get VERY SUPERNATURAL.   Have you even seen a miracle?  I have. Several.  Please. You won’t see all I am telling you.  But you will see the result of it if your to endure until the end.  “It” has already started.  There is evidence of what I put forth.  Search “Mandela effects” and “Supernatural Bible changes” on YT for evidence.

I am well read in KJVB and have read the N.T. hundreds of times.  I have read the bibles Old & New several times.  In 2017 I began to see that all bibles old and new were changing magically.  A desecration of the words was happening.  On the shelves they changed.  No more “Lion lies with the Lamb”.  Now its “the wolf who lies with the lamb”.

What does that mean?  It means The Lion from the tribe of Judah has left the Lamb to fend for itself.  The Lion has left the lambs with their choices and with the wolf whom they chose.

They chose the lies and lies shall they have.

The Lions of Jesus shall also leave Earth.  Those who belong to Jesus will soon depart Earth as well.  We are those who have received The Holy Spirit of God.  Not just born again.  The Holy Spirit came unto men in The Name of Jesus for supernatural gifts by the laying on of hands.  We have done our jobs here.  We are done and are leaving this Earth.  Hence perhaps this is my final article… perhaps.

The Lions are about the only ones who can remember and see the Bibles changing.  These changes are on-going as birth pains.  We have emotionally struggled with this “sign & wonder” for six years.  We or at least “I” have been angry watching the desecration of the holy place.

Not only are the bibles dramatically desecrated the English language itself is drastically changed.  As a scribe this has angered me.  I am appalled at this new vile language people speak.  I am appalled at the new language in the KJVB’s.  All bibles old and new.  Its more than just some Mandela effects.  Punctuation, grammar, spelling, and every aspect of the English language is mis-spoken & rewritten.   Most people I see on youtube speak poor English.  English is crashed.

The Tables Turn by Understanding

It is monumentally frustrating to see something in front of us that others are absolutely blind to.

But then I got a word from my guides.   They alerted me to the tower of babble.

Not just English. Every language is being changed.  These changes will and are increasing.  The desecration of all language is nigh, and is increasing as birth pains.  Yes pains not “pangs”.

Every language is going to change SO DRAMMATICALLY in the next 18 months that mankind will no longer have translation apps or human translators to aid understanding abroad.  All devices & people for translation will be useless.  Hand signals will be their best & only communication.

People will speak what they believe is English and the Italian listening at the other end will hear BABBLE.  Why?  Because our English would have changed along with their Italian. This is already apparent to those who see the beginnings of it.

I wrote an article called “Will the Mandella Effect Take us to the New Earth”?  It still may, it still may.

Nearly all people are under the strong delusion and cannot remember to see that their own dialects (all languages) are changing quite dramatically.  They ARE UNAWARE.

Unless you can see the supernatural bible change and language desecration you too are under the memory loss that basically is keeping you ignorant and sane.  God’s chosen are conditioned for this type of miracle.  They had their own emotional issues with it.  The normal Earth dweller would not be able to handle this.

WHY AM I TELLING YOU THIS IF YOU CANNOT BELIEVE OR SEE IT?

Because you will see the result of what I write here.

This will collapse our international trade.  It will break down the New York stock exchange.(Babylon).   It will delete peace treaties and international one world government establishments.

The Tower of Babble is of their own making.  Evil, that is.  When those at CERN made a deal with demons who were kept on ice to communicate with and learn from.  They made a deal.  If the demon would give them the final symbol to reverse engineer DNA of humans.

Below are the symbols to the DNA of the back scene.  The pitchfork is the final symbol says the seer.  The elite reverse engineered humans.  Search jazweeh.com website for the words “back scene” to find articles at Jazweeh.com about man/animals.

The deceptive demons made a deal for the symbol.  “Change all, all, all bibles old and new to the language we provide you (a dark magic dialect from hell) using your quantum computer and CERN.  And we shall give you the final two Golden Keys to human kind’s DNA.  So then they can control the minds and bodies of humans.  That is what the power mongers wanted.  And here in is the deception.

The demons did not tell the power mongers that with their changing of all bibles old and new all language would also be affect and changed.

Hence they invoked the tower of babble by their own hand.

You see God connected His Powerful words with both Earth and with Man.

The shots came out because after they got the final symbol they were able to put all those who took the back scene under their power of thought.

Oh yes, Father is The Master of Irony.  THINK!  These serpents not only turned men into part animal by their own permission & volition.  But also they would have taken God’s Creation, His Chosen Few and slaughtered them or worse had they gotten the chance.  Had they been able to identify them.

The elite will fall by the man animals paw that they created.  By pride men have stolen the bodies of mankind.  By pride they shall be slaughtered by those same animal/men. (says the seer)  Do you feel the righteous vindication/JUSTICE in your heart?

It is not revenge we seek.  We seek JUSTICE.  Our need for justice shall be vindicated.

3 Replies to “The Tower of Babel Is a Prophecy. Most Stunning Article by Jazweeh”